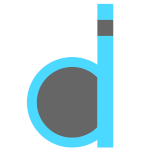 Post: Tholvel recently took over as CEO of Dragon Dynamics, replacing its retired founder. He typically resides in his personal flagship, which continues to hold the traditional name of the IFS Rising Tide but is now a Sentinel-class battleship, internally refitted to serve as a mobile command center for the company and externally refitted to replace much of the offensive weaponry with auxiliary shields, defensive mechanisms, and flak cannons for starfighter protection.

Bio: Tholvel rose to great heights at a young age, as an engineering prodigy with a knack for canny business deals. This made him a prime candidate for top positions within DD's command structure, and a natural successor to the former CEO. He has led the company in a new direction, selling many minor companies and using the capital to strengthen its larger technology and consulting branches.

Tholvel himself is very similar to his predecessor, which is part of what made him such a clear choice as a replacement. He is a loner, not particularly interested in forming new relationships. His inner circle is small and largely unknown, and he does not personally interact with many of DI's business partners. He is a strong intellectual, always preferring to find a reproducible solution system to a problem than to simply solve it. This has provided DD with unusually well-developed adaptability, rarely suffering the same problem more than once, but also occasionally results in premature optimization, which can add bureaucracy to systems that really don't need it. Tholvel has a razor-sharp focus on efficiency and often comes across as unfeeling or arrogant because of his straightforwardness and tendency to prioritize the "big picture" over individuals.

Andre Tholvel has dedicated very little of his time towards combat of any kind, and does not particularly care for battle tactics. He carries few weapons, except for his favorite laser pistol and an ancient heirloom dagger that he keeps in perfect condition and is never without. He prefers to hire one or two skilled bodyguards, and put extra money into his PR department to have as few enemies as possible.
_________________
I like cookies.